Our region’s biggest innovations are still no match against its biggest challenges. So what now?

Technology, almost a decade later – Our region’s biggest innovations are still no match against its biggest challenges. So what now?
Contributed By: Columbus Communications | www.columbus.co
The Digital Divide 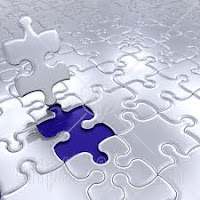 Over the course of the past decade, major headway has been made in terms of technological innovation in the telecommunications industry. Between advancements in both submarine and terrestrial fiber (optic), broadband technology, cloud services, and information and communications technology (ICT) in general, industry leaders have managed to further technological capacity significantly. Unfortunately, however, the desired benefits of these breakthroughs have not shared the same vaulting success as the technology itself, particularly in much of the developing world.

Due to a lack of cohesiveness within both the public and private sectors, a slower than desired response from regulatory agencies, high entry barriers, widespread poverty, and a perceived stubborn refusal to implement change, many regions – especially those in the Caribbean and Latin America [LATAM] – have lagged in joining the globalized knowledge economy. As the industry moves forward, it becomes less a question of invention and more about implementation; rather than focusing their efforts solely on devising the next big thing, organizations on every level must now work to bridge the gap created by the ever-present “digital divide,” a term that denotes the inability that exists in regions where ICT and broadband are unequally accessible, or simply not utilized to be most effective, throughout entire populations.

The foremost issue with digital usage in these regions is that it has been directed almost exclusively at mainstream consumers, which has not led to a profound impact on all areas of society. This is a problem for two reasons in particular: one being that low-income segments are often unable to benefit from the services being offered, as PC-home penetration still plagues a sizeable portion of the populace; and two being that without the involvement of stakeholders at large, the market would be mainly entertainment-based with no focus on the industry’s realizable potential – nation-building.

The Disconnect Between Technology and Accessibility
In and of itself, broadband and ICT are now considered to be essential resources – alongside such things as water, transportation, healthcare, etc. – in this modern, globalized society. Though, while its necessity is obvious in today’s world, it is a need that is not easily met in the Caribbean and LATAM.

As active participants in the region's telecommunications industry, Columbus Communications has had ample experience identifying many things in these areas that are desideratum.

“Quite frankly,” said Columbus’ CEO, Brendan Paddick, “as you travel in countries like Nicaragua, Guatemala, Honduras, Costa Rica, Columbia – you name it – you see a lot of needs.”

Yet, while the situation is apparent enough, Paddick’s remarks reiterate the state of deprivation that exists in many places throughout these regions. Whether it is impoverishment, lack of a sufficient healthcare system, or unequipped educational facilities, there are a number of critical issues that need to be dealt with in these developing countries.

The thing that many people fail to recognize or simply take for granted, however, is the important roles that connectivity and technology play as these regions attempt to move forward and solve their problems. Embracing ICT and broadband technologies is both a cause and consequence of economic growth, and it should come as no surprise that increased wealth subsequently spawns – or enables access to – an increased pool of resources.

As of now, however, digital awareness in the Caribbean and LATAM is at a relative low compared to developed countries like the United States. Take, for example, that 96.3% of U.S. households at least have access to wired broadband, while countries like Trinidad and Tobago and Panama have an Internet penetration percentage of 53.2 and 43.4, respectively. That means that almost an entire population is connected in the U.S., while less fortunate countries in the Caribbean and LATAM generally hover around or well below a 50% connectivity rate.

Access, however, is not simply dependent upon the available technology, but upon its widespread recognition and understanding, proactive deployment and affordable pricing. While companies like Columbus do their best to penetrate regional markets and make their technology and services available, their success is largely dependent on the willingness of others to join them in their mission as enablers.

“Similar to many developed countries,” said company president and COO, John Reid, “broadband is not ubiquitous. There are still many rural areas that don't have access, or at least access to "real” broadband (i.e., they have dial-up). So, the challenge for many governments and the private sector is to extend the network cost effectively to reach these under-served areas.”

The process to both adopt these strategies and subsequently enable sweeping accessibility, therefore, is not as simple as its description may imply. It is a slow, arduous task that requires the cooperation of both the public and private sectors to define goals and identify cost-effective solutions. Nevertheless, it is clear that all stakeholders must make a collaborative effort and undertake a holistic approach to address these similar objectives, rather than try to attempt to find individual solutions to the same challenges.

Breakable Barriers to a Brighter, Healthier, and Stronger Society
A major deterrent to enabling access in the Caribbean and LATAM regions is the general lack of a strategic vision for the future at an administrative level. Even where it is possible for the available technology to be introduced, it is either improperly utilized or not used at all. Governmental bodies, however, have the power to raise awareness and promote the widespread usage of ICT, which if done in an effect manner, can lead to the development of a healthy information-based society.
States that have adopted mechanisms such as e-government, e-commerce, e-health, and e-learning are at a greater advantage to affect digital competency, as each of these are important drivers of increased broadband and ICT adoption. Public investment in such an infrastructure, alongside policies that promote universal access and thus lower entry barriers to those very services, would not only benefit the industry, but would give an incentive for private investors to follow suit. This, in turn, would spur demand, create jobs and, therefore, simultaneously boost a nation’s economic and social welfare.

Organizations that adopt ICT solutions – especially in countries where many owners and operators still abide by more traditional, less efficient modes of dealing with critical information – prompt others to follow suit, and thus initiate a snowball effect that subsequently leads to increased productivity and decreased costs of doing business in those regions. Effectively inducing small, medium, and large enterprises to integrate ICT and broadband into their own infrastructures is, according to Reid, however, a “larger challenge,” and can “best be described as a work in progress.”

That is not to say, however, that no progress has been made to facilitate these initiatives throughout the Caribbean and LATAM regions. Institutions such as the Caribbean Association of National Telecommunications Organizations (CANTO) and the Caribbean Telecommunications Union [CTU] each work closely with government ministries to implement broad strategies that, in effect, increase both ICT and broadband usage, as well as aid in spreading access to these technologies in more remote regions.

These organizations thus work as facilitators of regional growth – economically, socially, and culturally – by targeting policy-makers, broadcasters, regulators, operators, and so forth in order to optimize the potential returns from and instill the importance of ICT and broadband technologies. In effect, they each strive to be enablers for marginal or otherwise underserved groups, and build demand for information and telecommunication services.

CTU, for example, operates an ICT Roadshow Initiative that travels from country to country and encourages governments, businesses, institutions, and individuals to “harness the power of innovation.” Through its endeavors, the organization acts as a sort of technological ambassador, as it attempts to expedite nationwide transformations by encouraging and enabling the switch to an information-based society.

As well as these initiatives, companies like Columbus have been working hand-in-hand with regulators to find cost-effective infrastructure solutions to further enable access.

"The continual reduction in the cost of network construction," said Reid, "has resulted in a gradual improvement in access for the rural areas of countries […] Wireless technologies may present the best solution. The lower cost associated with a wireless infrastructure may be more appropriate as a broadband access solution in remote areas, rather than constructing a higher priced fiber infrastructure."
Therefore, if all varieties of stakeholders adopt and attempt to perpetuate the use of ICT and telecommunications technology, entire nations would begin to develop sustainable infrastructures and effectively rise from the rubble in which they currently abide. People would begin to see how these technologies are not just meant for the privileged and serve a greater function than to surf the web or watch one’s favorite television show; schools could offer students more universal educations, doctors could help patients from a distance, or governments could spread messages to the remotest of regions.

Technological implementation strategies can thus give hope to otherwise destitute regions throughout the Caribbean and LATAM. Much like the message offered by Columbus’ mission statement, nations would enable, rather than predict, the future.

Thank you Columbus for sharing this piece, certainly thought provoking on this day... May 17, 2013 recognized globally as World Telecommunications and Information Society Day. Feel free to share your thoughts as always or post online, we must as a region begin to break the back of this digital divide.